Are Men Sensitive to Soy Too? 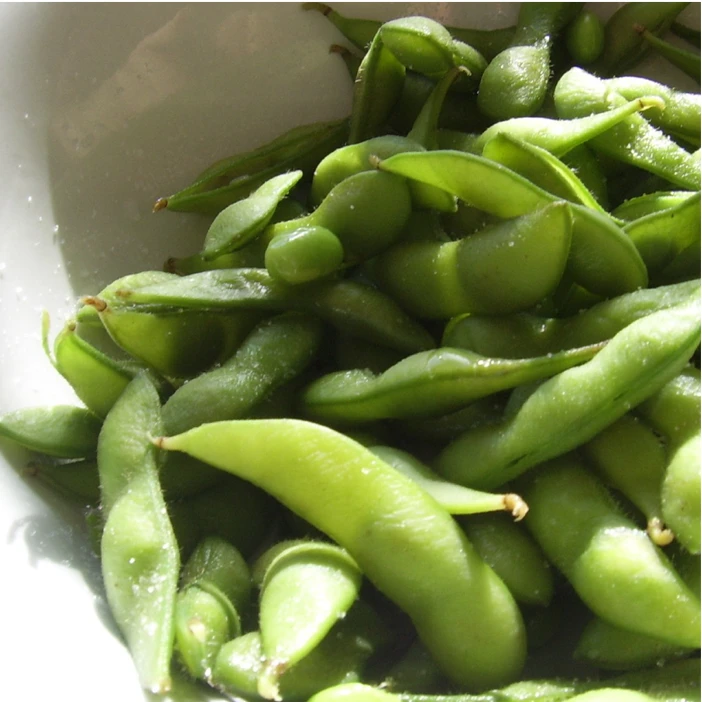 Soy foods have been in the headlines for years, yet we don’t seem to be any closer to getting real answers around the connections between soy and health.

Soy foods have been in the headlines for years, yet we don’t seem to be any closer to getting real answers around the connections between soy and health.

Many of the studies seems to focus around its effects on women, particularly regarding breast cancer, menopause and hormonal health. What about men?

Hormones run their bodies as well and play important roles in prostate health, libido and fertility, muscle mass, erectile dysfunction, fatigue, emotional health and even osteoporosis. Have we asked the right questions about soy regarding testosterone levels, prostate cancer and sexual health in men? Are the answers any clearer than they are for women? With all the suspicions around this popular plant, it’s important to know what it is, how it’s consumed and if the studies have found any conclusive evidence.

What to Look For

Soy comes in many forms, dry, wet, fresh, processed, powdered, liquid. You don’t know what to eat or not eat if you don’t know what you’re eating to begin with, so let’s break down the most common forms of soy on the market.

This is a common substitute for many people who need or want to cut dairy from their diets. It is made by soaking natural soy beans and then grinding them to release the liquid and flavor. The mix is boiled and strained to create an oil, water and protein based liquid. It is also a natural by-product from the production of tofu.

Much like canola oil or coconut oil, this has been extracted by crushing the whole form of soybeans. It is actually the 2nd most used oil in the world for commercially baked foods, mayonnaise, dressings and margarine.

These are not consumed often in their natural state unless you have an affinity for Asian cuisine, and then you are popping edamame like candy. Whole soy beans are grown in long green pods and often served steamed and salted as an appetizer.

In the world of athletes and protein powder, this is probably the most common form of soy consumption as it has dominated the vegetarian soy market for years. Whole soy beans are harvested and removed from their pods, then defatted and crushed into flakes that are washed in alcohol or water ridding any sugar or fiber. Finally they are air dried and crushed into a powder.

Just like cheese, tofu is the compressed form of soy curds created during the process of making soy milk. They can be soft, firm or extra-firm depending on their water content. Tempeh is like tofu in that it has been pressed into a shape, but it is made from the whole soybean which has undergone a fermentation process.

There are other forms of soy not common in the United States but eaten regularly elsewhere like texturized soy protein (TSP), miso paste, soy nuts and even soy sauce. There’s also soy in foods that you would never think of including dairy, meat and eggs. This is because soy meal is one of the most popular feed options worldwide for cows, chickens and pigs!

Now That You Know What Soy Is and How It Is Eaten, Let’s Ask the Tough Question, Does It Affect Your Health?

This is an incredibly difficult question to find an exact answer for because there are numerous studies circulating which all tend to contradict themselves. Partly this is due to “in vivo” versus “in vitro” tests. In vivo studies are carried out on living organism, rats, monkeys, humans and so on. In vitro, which are most of the soy experiments, are conducted in Petri dishes and test tubes using much higher doses of soy than are regularly consumed.

Many studies are not lab tests at all. They are research based on geographic epidemiology or the study of a particular region’s population. In the case of soy, eastern Asia was researched due to their high intake of soy foods and extremely low cases of prostate and breast cancer, cardiovascular disease, and bone fractures.

The concern behind soy’s effect on prostate and breast health is the abundance of isoflavones, a type of phytoestrogen, that naturally occurs in the bean. Scientist theorize that the plant-estrogen can mimic the same estrogen in our bodies causing hormonal imbalances.

Though we can’t speak to conclusive evidence on many soy theories, there are certain fears that have been ruled out.

First, soy does not lower testosterone. If you like soy milk in your smoothie or the occasional veggie burger, you are not going to grow man boobs or lose your muscle mass.

Second, the studies on soy both in the lab and geographical research both conclusively show a positive effect from soy concerning prostate cancer. The numbers conclusively show that regular soy consumption can help reduce the risk. The opposite side of this coin is for those who already have prostate cancer. In the later stages or in quickly spreading cancer, soy can actually exacerbate the condition.

Does This Mean That Men Should Be Rushing to the Vegan Aisle?

Not necessarily. We have determined that soy will not negatively impact your manliness, but it does play a role in hypothyroidism. Soy is a natural goitrogen which means it encourages thyroid growth. If you have thyroid issues, it is best to avoid soy completely.

soy is a natural goitrogen which means it encourages thyroid growth.

If you are eating soy as a healthy alternative to meat and dairy, then you may be missing out on the foods you really want for no reason at all. A study compared two diets, one of all soy products and the other with meat and dairy, and they concluded that each had the same fatty acids, fiber and cholesterol.

Lastly, a major concern for health experts is the genetic modification of soy. Soybeans grown in the US are 90% GMO crops. The long-term health and safety of GMOs is still unknown and highly questionable. It is wise to avoid GMO crops as much as possible.

At the end of the day, we simply don’t know enough about soy to speak conclusively to its benefits or risks. Like all things, it is best to enjoy it in moderation if you are a soybean fan, and if you can live without it, then do so. That’s why OWYN is Only What You Need and remains soy and GMO free.

How Much Protein do Men Need Daily?

Building “bigger muscles” isn’t the only reason why protein consumption is necessary. In honor of Men's Health Month, check out our blog post on all the ways protein supports men’s health!

This easy Sea Salted Caramel Chia Pudding recipe is loaded with protein, fiber, and healthy fats that make for a perfect breakfast, mid-day pick me up snack, or end of day dessert!

Flavor that gets you up out of bed at the first alarm. Upgrade your morning routine with this delicious, easy to make, Dark Chocolate Protein Oat recipe.