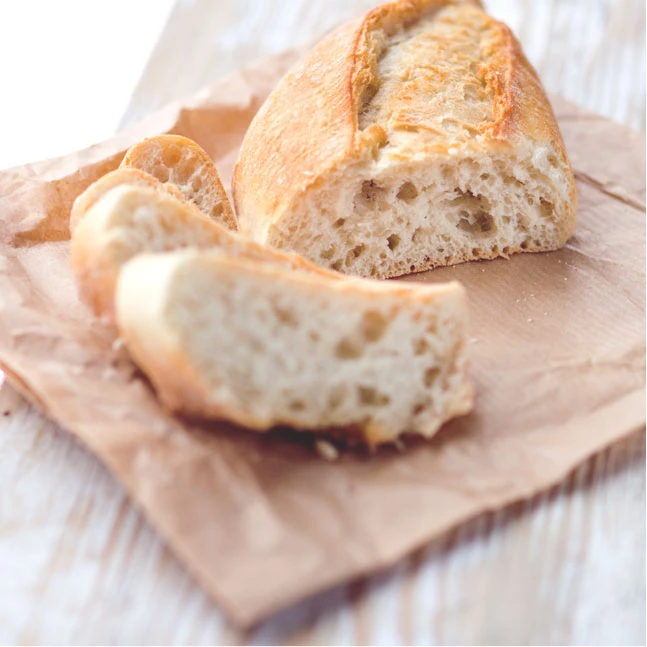 It’s now time to shed some light on gluten and discover how much is science and how much is a food trend.

There is a lot of confusion these days on the subject of gluten.

What is it? How do you know if your sensitive to it? How to avoid it? Is intolerance to gluten the same as Celiac disease? If you have neither, should you avoid gluten? Is gluten unhealthy? It’s now time to shed some light on gluten and discover how much is science and how much is a food trend.

First what exactly is gluten?

Gluten is actually a starch and protein (gliadins and glutenins) combination found in the endosperm, which is the part of a seed which feeds a plant during its growth cycle.

It is only found in certain grains: wheat, barley, rye and triticale, a newly developed grain hybrid of wheat and rye.

Triticale is predominately used as fodder, but it is making its way into health stores and cereals as well.

The most common foods that contain gluten are breads, pastas, cereals and baked goods because the protein, starch combination acts as a binding agent in foods which allows them to hold their shape. Think rigatoni! This doesn’t mean that these foods are no longer available to those who don’t eat gluten. There are innumerable gluten free substitutes on store shelves around the world.

More importantly are the hidden sources of gluten. It can also be found in some surprising foods and beverages such as beer, Brewer’s yeast, anything malt, some soups, sauces and salad dressings. If you don’t want gluten in your diet, it is important to read the label of every packaged food you buy.

How Do You Know If You Have Celiac or Non-celiac Gluten Sensitivity (NCGS)?

Celiac disease is an autoimmune disorder that is at the cellular level. If someone is diagnosed with Celiac, they had a genetic predisposition to the disease, meaning they were born with its potential. It can lie dormant for a lifetime or its onset can be triggered at any age, most often by a surgery, heavy stress, a severe viral attack on the immune system or pregnancy and childbirth. It is diagnosed by a blood test and confirmed through dietary tests. It cannot be treated, but you can live quite comfortably if you know what to eat and what to avoid. If you think you might have Celiac disease be aware of symptoms such as anemia, osteoporosis, itchy skin rashes, ulcers in your mouth, regular headaches and fatigue, numbness and tingling in your feet and hands, joint pain, hyposplenism, acid reflux and heartburn, diarrhea, stomach cramping, bloating, pain and gas and possible vomiting. These are all reactions from your body’s immune system to a foreign element that it cannot process. You will need to pay attention to these symptoms when eating foods with gluten and track if they are inflamed, aggravated or increase in any way.

Is it Celiac or Sensitivity?

Without a medical blood test, it can be very hard to self-diagnose as both create similar reactions by the body. The difference is on the inside. Celiac disease is when gluten causes an immune response in your body to attack the lining of the small intestine. The damage is actually caused by your own body and its inability to process the gluten. It is not caused by the gluten itself.

Celiac disease is when gluten causes an immune response in your body to attack the lining of the small intestine.

NCGS is not considered an autoimmune disease. It is a direct reaction caused by the food itself. In essence, an allergy. It is often met with inflammation within and outside of the digestive tract as your system tries to fight off the unwanted proteins.

Many people, including medical professionals, argue that gluten intolerance does not exist and is simply a label given to other problems such as inflammatory bowel disease (IBD) or irritable bowel syndrome (IBS), both of which can be associated with Crohn’s disease and ulcerative colitis.

If a blood test by your doctor does not come back positive for Celiac disease, then the following test is up to you. Cut all gluten from your diet and examine your symptoms. If they lessen or go away in six to eight weeks, then put gluten back in your diet and see if they return. If your body responds on both, then you are most likely intolerant, but that may not be your body’s only intolerance.

Most studies on NCGS have found that the body is actually reacting to Fermentable Oligo-, Di-, Mono-saccharides And Polyols (FODMAPs), which are short chain carbohydrates. These are most common in gluten containing foods, hence the connection. If your body still has reactions at certain times and gluten was not in your meal, check the ingredients for oligo-saccharide polymers and galactooligosaccharides (GOS, stachyose, raffinose), disaccharides (lactose), monosaccharides (fructose), and sugar alcohols (polyols), such as sorbitol, mannitol, xylitol and maltitol. FODMAPs are also found in a long list of fruits, vegetables and legumes. It is important for your health to examine your body’s reactions on all gluten and FODMAP containing foods.

If You Don’t Have Celiac Disease or (NCGS), Is Gluten Unhealthy?

Though many studies are still being actively pursued, there has been no conclusive evidence that gluten is healthy or unhealthy. Currently, it is agreed that gluten is neutral in the human body. It does not cause weight gain or discomfort in bodies that are tolerant. It is all natural and organic, produced by plants, for plants.

How Do You Eliminate Gluten from Your Diet?

Simple answer, stop eating all foods and beverages containing wheat, barley, rye, triticale and any product or grain developed alongside gluten containing foods which may be cross-contaminated. This means reading labels! Be diligent with all sauces, toppings, packaged items, healthy snacks, protein shakes, meal replacements and alcohol. Look for the gluten-free certifications on your foods, like the one found on OWYN’s protein powders and ready to drink shakes.

...make decisions on your personal body and health rather than media hype and popularity.

Hopefully, you can now approach gluten foods with clear thinking and make decisions based on your personal body and health rather than media hype and popularity. Eating foods without gluten is not an issue, so choose gluten free when the option is available, but if you’re body processes gluten, there is no reason to eliminate healthy grain foods from your daily diet.

5 Reasons Why You Should Add More Plants to Your Diet

It is commonly known that we should eat roughly 4-5 servings of fruits and vegetables a day, but you may wonder why? Registered Dietitian, Deborah Orlick Levy, MS,RD, shares 5 holistic benefits of adding more plants into your diet.

Whether you are a busy mom, on-the-go college student, or heading back to the office, these Vanilla Chia Seed Protein Bars are the perfect grab-and-go healthy snack to keep you fueled and satisfied!

It's National Cholesterol Education Month! Read the latest from a Registered Dietitian on why cholesterol is important, the difference between good & bad cholesterol and how plant based diets can help balance the two!