Why Athletes Are Going Plant Focused 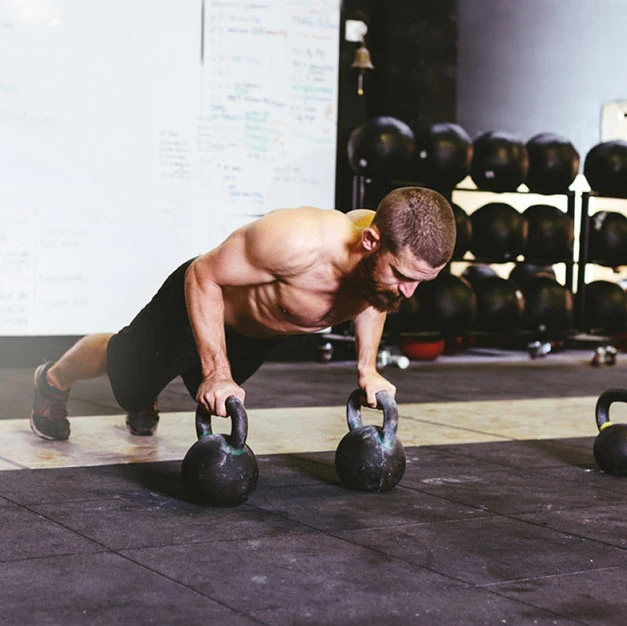 Some of the more common concerns from active individuals with intense fitness goals and regimes are not getting enough protein, not getting the right combinations of amino acids for muscle building and repair and not getting enough calories to provide sustainable energy during workouts and training. With time and advancements in science and research, we have found that these concerns are irrelevant if you know what to eat and when to eat it.

World champions are going plant-based, vegetarian and straight vegan for many reasons.

Venus Williams chose plants because her doctors told her it would free her from the limitations of Sjögren’s syndrome, the autoimmune disease she was diagnosed with in 2011. It worked, and she’s still winning.

Lewis Hamilton chose to eliminate meat as a way to protect the world we live in and stop cruelty to animals in the industry. He won his 4th Formula One title shortly after.

Scott Jurek chose a plant-based diet in physical therapy school when he realized that many chronic diseases, including multiple sclerosis, which runs in his family, could be avoided or eliminated with an animal free diet.

David Haye went plant-based after discovering the benefits of muscle recovery and healing after having surgery on his shoulder which forced him to take a break from the ring. He saw that apes were vegan and stronger than humans, so it reasoned that a vegan diet would still foster muscle growth and retention. Four years later he’s still claiming world titles.

Athletes such as Barny and Josie du Plessis, Hannah Teter, Nick and Nate Diaz, and Timothy Shieff all credit their increased strength, endurance, workout recovery and improved health to choosing animal free diets with plant-based protein as their preferred source.

Seeing the titles, championships, belts and medals from these world-renowned athletes makes it impossible to make claims such as plant-based diets don’t provide enough protein. It simply isn’t true. The fact is that most of us get too much protein and the body simply flushes the excess, or worse, stores it as fat.

So what are these athletes doing that makes a plant-based diet effective fuel for Olympic level training?

They are choosing the right combinations of fruits, vegetables and grains, the right vegan protein powders and only allowing high quality, non-GMO, organic foods enter their bodies.

They also know when to fuel their bodies. There is a lot of debate as to whether you should have protein supplements before or after a workout. The truth is there are benefits to both!

If you mix up an OWYN protein powder before your workout, it will help feed your muscles during your workout. This allows your body to begin protein synthesis while you are working out instead of after and can help curb muscle breakdown. It has also been proven that your body burns more calories while processing protein during your workout.

Most fit conscious individuals know that protein after a workout significantly boosts muscle recovery. That’s because fitness training decreases protein synthesis and breaks down the protein in your muscles. Grabbing one of OWYN’s ready to drink protein shakes can be an easy and effective way to replenish your body with high-quality, plant-based protein after your routine ensuring muscle growth without artificial supplements.

No. Plant and animal proteins, when complete, are still protein, and they both build muscle in exactly the same way.

Then why are all these athletes seeing better results? Feeling better? Healing faster? And taking their competitions by storm?

It’s not the protein - it’s the carrier. Plants-based foods are healthier than animal-based foods. Plants don’t just provide protein. They also give our bodies much needed antioxidants and all of our essential vitamins, minerals and fiber. Animal foods contain negligible amounts of most of these, and what they do have comes from the animals eating plants and having it stored in their tissue.

Plants also contain phytochemicals, which guard the body’s immune system from grave diseases such as cancer and protect the endothelial cells in our cardiovascular system.

For the muscle bound, there is curiosity around creatine and carnosine. Both are naturally created by your body, but if you’re a competitor, you may want to take supplements to boost your natural reserves. What about vitamin B12? This is not found in plants, but it is in fortified and enriched foods like cereals, breads, soy products and meat-substitutes. The argument on Vitamin D3 is mute unless you’re a vampire. Spend 15 to 30 minutes in the sun every day, and your body will get the D3 that it needs. Finally, the omega-3 fatty acids. These mostly come from fish, but they are also in many produced and packaged vegetarian and vegan foods.

...most supermarket meat is loaded with unwanted antibiotics and hormones...

Wouldn’t a salad with a steak make up the difference?

Yes, it would. Unfortunately, the salad doesn’t negate all the negative side effects of the steak. Most of your supermarket meat is loaded with unwanted antibiotics and hormones, and even clean meats have high levels of cholesterol, saturated and trans-fats and a higher caloric intake. These are what cause disease and inflammation in the body. The last thing any athlete wants is inflamed muscle tissue! Plant based proteins do not cause inflammation, but animal foods damage the endothelial cells that are in the lining of our entire vascular system. When these cells are damaged, our blood vessels lose elasticity and become stiff, slowing down our blood flow. This not only seriously impedes muscle performance, it also causes plaque to build up in our veins and harden our arteries eventually leading to heart disease!.

Studies have proven that animal foods create an inflammatory response in our bodies within hours, reducing blood flow up to 50% for five to six hours after eating. When this happens in your body several times a day, every day, your muscles, lungs and blood vessels stay in a constricted and inflamed state. This is not good for long term health nor short term fitness goals, competitions and gold medals.

What all these athletes should prove to anyone on the fence with a plant-based diet, is there is absolutely nothing to lose and everything to gain.

5 Reasons Why You Should Add More Plants to Your Diet

It is commonly known that we should eat roughly 4-5 servings of fruits and vegetables a day, but you may wonder why? Registered Dietitian, Deborah Orlick Levy, MS,RD, shares 5 holistic benefits of adding more plants into your diet.

Whether you are a busy mom, on-the-go college student, or heading back to the office, these Vanilla Chia Seed Protein Bars are the perfect grab-and-go healthy snack to keep you fueled and satisfied!

It's National Cholesterol Education Month! Read the latest from a Registered Dietitian on why cholesterol is important, the difference between good & bad cholesterol and how plant based diets can help balance the two!